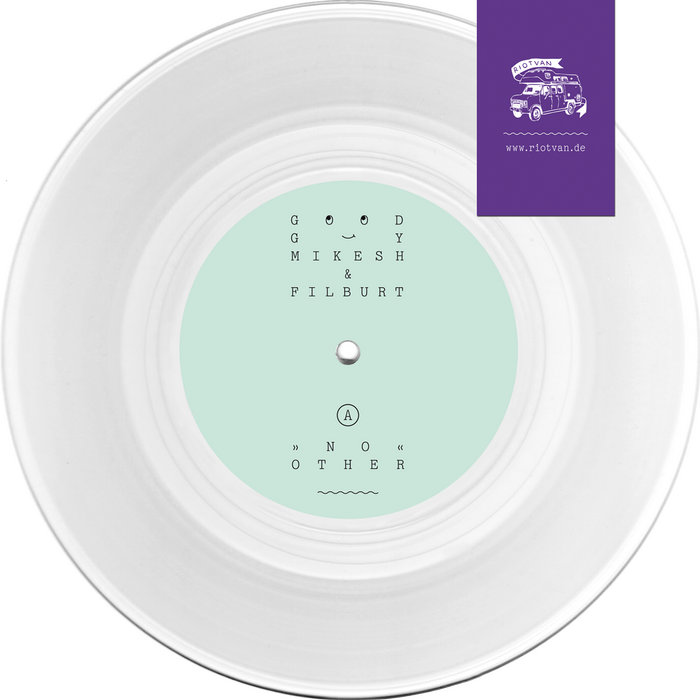 Imagine we're living in the 21st century but the new release by the usually very zeitgeist compatible Good Guy Mikesh & Filburt sounds like a flawless 90s house single. Time warp? Lack of inspiration? Not at all. With "No Other", which will be released as a 10“ clear vinyl on Riotvan June 15, the both of them consciously subjected themselves to an overdose of music history cross references dating back to the early 1990s to pay tribute to their idols of those times. Of course this cannot and must not happen without a little wink, and we can only vaguely picture the giggles they must have gone through when they created the track. Nevertheless their way of giving kudos to the past kicks at open doors. After all the no one less than boys of Permanent Vacation (Munich) and the Berlin Dirt Crew each contributed a remix which will be released on the B-side and as a digital bonus track, respectively, and Mark Flynn aka The Drifter (Dublin) gave his voice. Who isn't stunned by now hasn't gotten house music. Everyone else may now euphorically raise their hands in the air and blissfully dance to one of this summer's hits.

Bandcamp Daily  your guide to the world of Bandcamp

Khruangbin and Greg Foat stop by with their amazing new LPs.